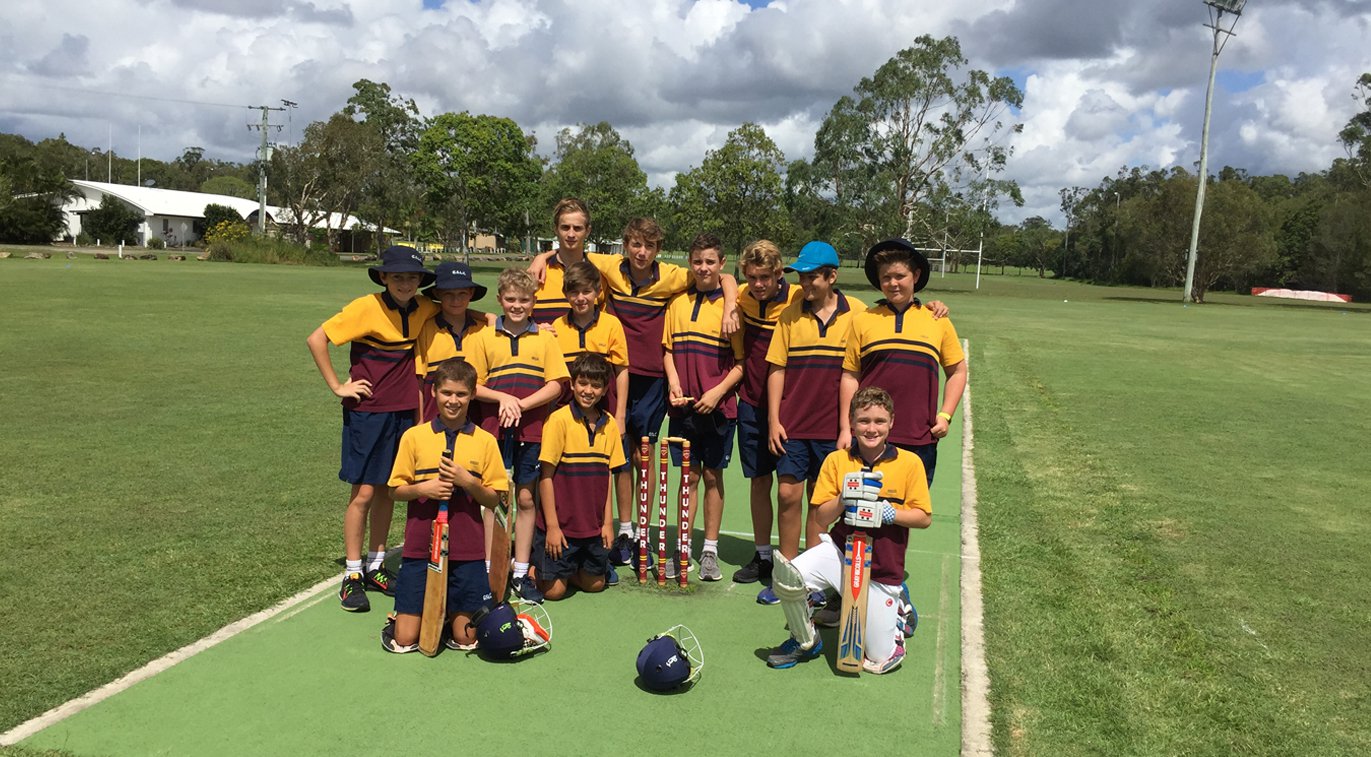 GSLC aims to develop cricket skills in our students across all our year levels ranging from our years 1,2,3 sport sessions. The years 4, 5, 6 students have the option to play in the Thursday afternoon SCISSA competition and every year GSLC enters Intermediate and Senior teams in the Queensland Secondary Schools-T 20 cricket competition for our year’s 7-12 students.

GSLC utilises a number of our experienced staff in coaching our teams. The focus is on the development of students with minimal experience while also developing our more experienced players who compete for their local cricket clubs. With Tewantin-Noosa Cricket Club just down the road, interested students are encouraged to join a team there as it offers teams for juniors and seniors competing in the Sunshine Coast competition. For our students showing potential, GSLC will nominate them for trialling for a position in the Sunshine Coast Schools Regional Team.

This year the intermediate team had some success in defeating Saint Theresa’s and Noosa District but lost against St Andrews and consequently did not make it to the next round.

From there they went on to beat Brisbane’s regional champions, Nerangba Valley SHS and Victoria Point SHS, to qualify for the South Queensland finals to play against the other 3 best teams in Southern Queensland, which included Nudgee College, Palm Beach Currumbin SHS and Shalom College (Bundaberg). The boys did remarkably well in becoming one of the top four school cricket teams in South Queensland.